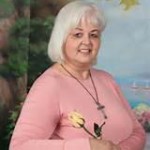 Deep Prasad, a young Savant and acclaimed tech genius, presented a challenging talk at the UFO Mega Conference at Laughlin, NV, on 21 February 2020.He said: Dreams are equally real as I am real.
Any manifestation of the Phenomenon is equally real.Anti-scientific.

Runiversic: study of all realities. His new field.
Etymology:
Love of wisdom
Scientia (knowledge)
Love for the Universe

Stop belief and interpretation. Accept as fact all data, even anecdotal.

Graduated #1 at University of Canada in 2018 (Engineering).

On 1 February 2019 my life changed forever.
Abducted, paralyzed, 3 beings in pure white “spacesuits”, large heads, appeared in his bedroom.
Considered them as Greys but they were not grey.
Displayed 10s thousands of hieroglyphs in front of him.

After this experience he became very Spiritual.

Phenomenon may not be connected by 1 essential feature.
But a family of overlapping similarities.

#2 Explanation vs Description.
Do not explain. Instead describe in great detail.
Arrange by what we always know. Not solved by explaining phenomenon.

Looking for truth is also a trap.
Our society is described as “progress”
Society constructs
Don’t see building
Leads to missing out data

Truth is look rather than say
Phenomenon must be experienced

Your reality is only what you measure.

When and how does collapse occur?

Thus we have no reason to believe the Sci Method is as reliable as Bacon believed.

Dreams and the collapse of the wave-function.

How do we experience qualia or phenomenal experiences in dreams?

Our physical body does not exist according to the strictest definition of wave function.

Dreams are equally real as I am real.
Any manifestation of the Phenomenon is equally real.

Runiversic: study of all realities. His new field.
Etymology:
Love of wisdom
Scientia (knowledge)
Love for the Universe

Stop belief and interpretation. Accept as fact all data, even anecdotal.

Goal: mathematical and philosophically rigorous baseline of all realities Earth-Humans can exist in.
Master science of each reality (dreams, trance, multiverse, etc.).
Apply this Science to create technology for enhancing overall experience in these realities.

Dream world follows different set of physics, and have own biological systems, different from waking realm.

Updating model of world through descriptions of Phenomena that don’t have already described categories. Runiversic

Develop technologies that let us control dreams and other realities.

Exomimicry
Quantum Modular Hamiltonian learning
Material composition and structure of “alien” technology such as the “skin” of the craft.

Locatiogensis
Study of all possible and nonphysical locations where life can be found. Humans ofter report interactions with non-humans in dreams and altered states. Strong interdisciplinary effort between fields including philosophy, biology, and physics. Nor dismiss interactions as hallucinations without proof. Establish field to prove or disprove the existence of such intelligences, and identifying their location in the Universe (or outside of it whether spatially or otherwise) for purpose of studying them better.

What is next?
Wittgenstein philosophies; already have enough data (myths, scriptures, ancient records and writings, etc.).
Own peer review committees.
Publish papers under Runiversic guidelines to show how it works.
Get subject globally accepted and into schools.

Author, lecturer, counselor, radio host and personality, conference organizer, Janet Kira Lessin investigates and explores the nature of reality in her websites and with clients, guests and community members. She leads the consciousness-raising field in her network, in person or virtually with her husband and eternal life partner, Dr. Sasha (Alex) Lessin. Together they live in divine partnership, a balanced tantric relationship designed to model and bring about a partnership society.

This may be a good place to introduce yourself and your site  include  your credentials in ACO Club – Historians-Reporters – Allied Command Military History credits. – Join TJ Morris ET Radio Shows LIVE and PODCASTS!